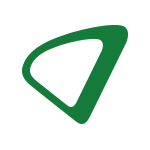 COVID-19 has left no part of life untouched, including health technology assessment (HTA) and other payer agency activities, and it will likely have a lasting impact on market access. Leela Barham takes stock and looks ahead.

Source: Map based on data from Inbeeo, available at: https://inbeeo.com/covid-19-impact-on-market-access/. Situation as at 1 May 2020.

As illustrated in figure 1, the impact varies across the agencies. For the UK, the situation is a little more nuanced than implied by the map.

The Welsh based All Wales Medicines Strategy Group (AWMSG) took the decision to stop their appraisals altogether, allowing staff to focus on COVID-19, and cancelled three meetings. The committee is next due to meeting on the 16 June 2020.

The Scottish Medicines Consortium (SMC) cancelled meetings in March, April and May.

The National Institute for Health and Care Excellence (NICE) has taken the decision to prioritise what it can work on. As NICE has acknowledged itself, many of the committees that make the recommendations are frontline workers in the NHS. Hard to get them along to meetings at times like these, even if they’re remote. Plus NICE staff are working hard producing COVID-19 guidelines.

NICE, therefore, is focusing its Technology Appraisal (TA) work on what is classed as therapeutically critical. This includes all TAs on cancer treatments with the exception of reviews of those treatments that are in the Cancer Drugs Fund already. There are other treatments that NICE has deemed therapeutically critical; including, for example, Stelara (ustekinumab) for treating moderately to severely active ulcerative colitis and Trikafta (elexacaftor/tezacaftor/ivacaftor) fixed dose combination for treating cystic fibrosis with F508del mutation. The practical fallout is that NICE did not hold any TA committee meetings in April 2020.

Other European HTA agencies have had to look again at what can be delivered and identify priority work including the Institut national d’assurance maladie-invalidité (INAMI) in Belgium, Haute Autorité de Santé (HAS) in France and Zorginstituut Nederland (ZIN) in the Netherlands. The US-based Institute for Clinical Effectiveness Review (ICER) in the US has announced delays to its work too, although it plays a less clear-cut role in influencing pricing and reimbursement than its European counterparts.

While it will differ product by product, delays could range from three to 7.5 months according to a payer survey from ZS Associates (figure 2). The survey, conducted from 30 March to 7 April 2020, included 25 payers from the US, Canada, UK, Germany, France, Spain and Italy, with ten from the US.

Figure 2: Expected delay to timelines for pricing and reimbursement approval

Then there are those agencies that are confident that they can continue their work without delays. The Canadian Agency for Drugs and Therapeutics (CADTH) is one of those. The agency has asked stakeholders – companies and patients – to get into contact if they face difficulties in light of COVID-19. In Canada, pricing comes under the pan-Canadian Pharmaceutical Alliance, and they have put some negotiations on hold. This explains the view that there is no impact – as CADTH carries on – in the map, but with delays for market access expected by payers in Canada.

COVID-19 has led to changes in the way that agencies work. Video conferencing is the go-to way to get things done. NICE will be running TA committee meetings in May via Zoom and has already run two virtual committee meetings in March. The Italian Medicines Agency (AIFA), Germany’s Gemeinsamer Bundesausschuss (G-BA), Australia’s Pharmaceutical Benefits Advisory Committee (PBAC) and HAS are also using virtual meetings.

IQVIA’s 27 April 2020 update on COVID-19 in the EU5 markets suggests that 8 product launches have been delayed, disrupted or otherwise impacted by COVID-19. But they acknowledge that this is likely to be an underestimate of the true impact.

For NICE, it’s not just the current TAs that are affected by COVID-19. The body is also currently reviewing its methods and processes, and the timeline for that has had to change in light of COVID-19. The review will now be working to go to a six-week consultation on the evidence and considerations for change in October and November 2020, with further consultation in February and March 2021 and implementation slated for June 2021 onwards.

In France, there were already extensions put in place to negotiate a pricing framework between the Economic Committee of Health Products Comité Économique des Produits de Santé (CEPS) and the pharmaceutical companies association Les Entreprises du Médicament (LEEM). The timelines for this could be extended beyond the pencilled-in end date of July 2020.

CADTH and Ireland’s National Centre for PharmacoEconomics (NCPE) have both cancelled their setpiece conferences that would usually be run every year.

While it’s difficult to know the full cost of treating COVID-19, as well as the cost of the range of government packages from funding for vaccine development to try to mitigate the economic fallout, it is clear that funding for health will become ever tighter. The payers surveyed by ZS Associates expect budgets to be cut by 15 to 25%.

Companies were already hard pushed to show the value of their treatments, and there is going to be no let up on this. Not only will payers want better deals, working virtually could become the new normal. Companies are going to have become adept at influencing via video call, in addition to needing to produce iron-clad value propositions in their written submissions.

HTA may itself need to change in light of COVID-19. There has always been a healthy debate on HTA, not least about whether the way it’s practiced – with many agencies focused on the cost per Quality Adjusted Life Year (QALY) – means that it captures what is important to patients, clinicians, health care systems and society at large. Many have been pushing for change when it comes to HTA for some time.

A Special Task Force at the International Society for Pharmacoeconomics and Outcomes Research (ISPOR) has looked at whether HTA should be expanded to bring in other elements that are either not systematically looked at – such as productivity – or novel elements. These novel elements include fear and risk of contagion, which seem to be particularly relevant now. They appear to have motivated countries around the globe to take the measures that they have, including putting together packages to support the economy. The value of hope too must play a role in the public resources being put in to develop a vaccine, as well as explore which treatments that are currently available that might help to manage COVID-19.

Rarely has cost-effectiveness been a part of the analyses considered to inform responses to COVID-19, according to researchers in a blog published by the Center for Global Development. That means that there is a disconnect between health economic considerations as they apply to a whole of health interventions in ‘normal times’ that don’t apply in a pandemic. There are already those who question whether this is right, or wrong, which hinges on how far you want to make COVID-19 a special case.

It’s also not yet clear just how HTA will be applied when it comes to treatments for COVID-19. There are already signs that the approach is changing. For example, ICER has put forward two models for pricing of Gilead’s Remdesivir (an investigational nucleotide analog with broad spectrum antiviral activity) when used for treating COVID-19. Their first is based on cost-recovery, the second using cost-effectiveness thresholds. The difference is stark; $10 and a ceiling of $4,500.

Even more uncertain is how HTA will consider future vaccines; yet it is in vaccines where there has been controversy – for example, a threshold of £15,000 per QALY has been mooted for England, far lower than the standard range of £20,000 to £30,000, let alone those that apply for treatments for really rare conditions which can go over £100,000 per QALY.

While this is a debate that will shape future decisions when (hopefully) a vaccine comes for COVID-19, it is also a debate about just what our current thresholds for cost-effectiveness are based on and whether or not they are right. This is because while it’s hard to pin down a number that anyone will agree on, it’s likely that the cost per QALYs for countries’ pandemic responses is likely to be very different – far higher – than those thresholds normally applied. Does that mean we need to look again at what is valuable and what we should be willing to pay for it? 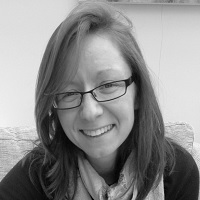 Leela Barham is a researcher and writer on health and pharmaceuticals, from a health and policy perspective. Leela has worked with all stakeholders across the health care system, both in the UK and internationally, working on the economics of the pharmaceutical industry. Leela worked as an advisor to the Department of Health and Social Care on the 2019 Voluntary Scheme for Branded Medicines Pricing and Access (VPAS).

Thank you for your feedback.